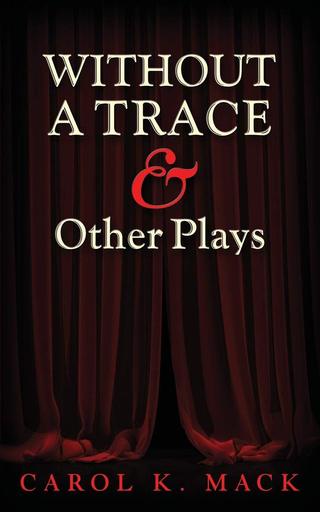 A new collection of four produced, award-winning plays: Without A Trace, The Accident, Territorial Rites and A Safe Place. They each appear in WORKS with reviews and descriptions. 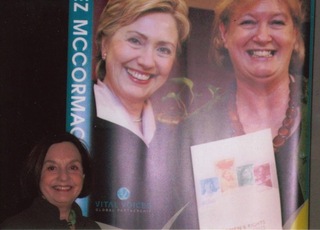 Hillary Clinton & Inez McCormack (Chair of the Practice & Participation of Rights Project in Northern Ireland) with Carol Mack who conceived of SEVEN and wrote "Seeing Another Country", a monologue based on interviews with Ms. McCormack, Dramatists Play Service. 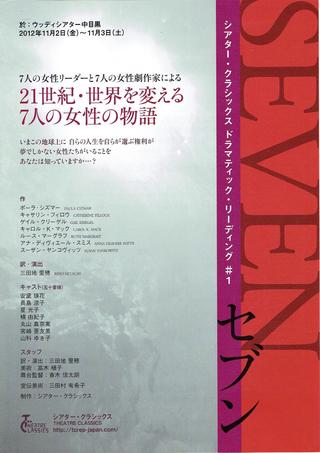 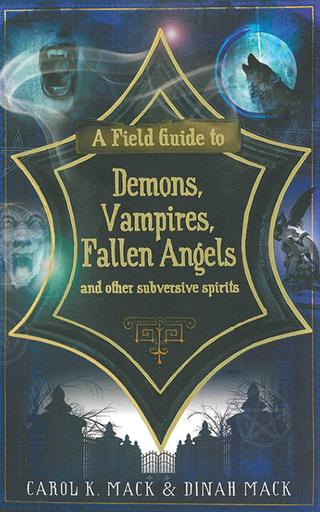 Cover of the Oct. 2011 paperback of A FIELD GUIDE TO DEMONS, VAMPIRES, FALLEN ANGELS & Other Subversive Spirits (Click for link to Amazon)

Poster for Without A Trace Sounds of Progress, Glasgow.

The following events will track a few moments of the global journey of SEVEN: it was honored to be part of the curriculum of Women In Public Service on May 31 & June 1, 2014 SEVEN was performed for 50 women delegates flown in from war-torn countries by the State Department to a conference at Smith, Mt. Holyoke, and Simmons with student cast.SEVEN was performed by Kabosh Theatre Company in the Great Hall of Parliament, Belfast, N.I., March, 2014. To see the video:
http://www.thethread.TV/video/88828310
SEVEN was performed in Tokyo, Jordan, and in Istanbul in 2012. SEVEN performed in Rabat, Morocco in Arabic and French, September 2013 and in Kosovo, Albania,Croatia, Serbia, Bosnia-Herzegovina, and Macedonia. Its imaginative productions continue all over the world.
SEVEN performed in Brussels at the Hague by members of the European Parliament
Video
More video
Clip of rehearsal in the European Parliament
September 2010 SEVEN in Delhi at the Asia Summit of Vital Voices Global Partnership.
September, 2010 SEVEN was performed in Istanbul See: Link Read about SEVEN in Turkey.
Spring to September SEVEN in Sweden. See: Link
Mar 12, 2010 SEVEN introduced by Hillary Clinton, directed by Julie Taymor featuring Meryl Streep, Marcia Gay Harding, etc at Tina Brown's Daily Beast's summit, Women in the World [NYC] at the Millenium Broadway Hudson Theater featuring actresses Shohreh Aghdashloo (The House of Sand and Fog), Tony-nominated Julyana Soelistyo (Golden Child), Lauren Vélez (Dexter), and Archie Panjabi (The Good Wife) created by seven celebrated playwrights for Vital Voices Global Partnership, a Washington, D.C.-based organization under the leadership of founder Melanne Verveer who later served as President Obama's Ambassador-at-Large for Global Women's Issues. For all the above and much more: www.seventheplay.com